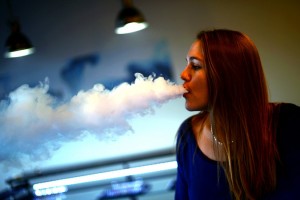 In February there was a press release from the Federal Centers of Disease Control and Prevention indicating that the vapor produced by e-cigarettes has by far fewer toxins than regular cigarette smoke.  But, the study also indicated there needed to be further study done on the effects of long term health effects. Currently, the Federal Food and Drug Administration proposed a rule that would allow it to regulate e-cigarettes.

Analysis show that the Smoke Free Alternatives Trade Association, enforce a federal taxation for e-cigarettes to assist in a decrease of 20% in sales revenue. Electronic cigarette entrepreneurs believe this is unfair and unwarranted.

E-cigarette smokers in the U.S. contribute $1.5-billion dollars annually in cigarette sales. And many stand by the belief that the vapor devices are the only thing that has given them the will power to kick the nicotine habit.

E-cigarette manufactures, are adamantly opposed to legislators trying to impose taxes on e-cigarettes.

Governor Chris Christie has already included a proposal tax on e-cigarettes in his 2015 budget making them as pricey as traditional cigarettes. This new tax hike will bring in an estimated $35- million dollars for the state.

Currently, we still do not know the long term impact of e-cigarettes and there may be a good chance this product may impact the lives of nicotine addicts in a positive way. It may not be such a good idea to jump on the e-cigarette tax band wagon. Do legislators really want nicotine addicts to return to their traditional habits?

Well the FDA has not given a final ruling. They are still unsure whether e-cigarettes will lead to the same health problems conventional cigarettes do.  With that being said a door has been opened allowing regulation and taxation to come to fruition.

Bonnie Herzog of Wells Fargo Securities believes that as long as regulations do not slow down the e-cigarette industry, e-cigarette usage could possibly exceed the use of conventional cigarettes. She also believes that this product will be worth about $1.85-billion, and that it will in time replace combustible cigarettes.

The mind behind the Cigirex product Mr. Cardiff is proving just that, his annual growth has fluctuated between 100% and 300% over just six years. Cigirex, disposable e-cigarettes prices range from $6.95 to $8.95 which is equivalent to a pack of cigarettes.

Mr. Verleur of VMR doubled their sales last year making their e-cigarette #3 in the world with sales figures in the nine figure range. He is very confident that this new invention is a welcomed addition to our society and it can assist those who are struggling to live a healthier life style.

Many individuals use e-cigarette to wean themselves off cigarettes or to puff and not have the cigarette smell either way these devices cannot be marketed as smoking-cessation tools. But, the real question here is why would a state want to discourage anyone from trying to kick conventional hazardous cigarettes by Imposing Taxes? 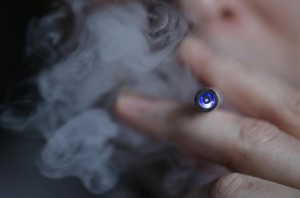 The first country to outlaw smoking may just be Australia. There will be a federal government funded trial to test the viability of electronic cigarettes showing they are safer, and they should be a permanent replacement for tobacco.

Labor took on Tobacco in the High Court and introduced to the world laws that vowed to ban all political donations from tobacco companies, but it was not documented whether the Coalition was committed to this ban.

Medical experts, cancer groups, and the anti-smoking lobbyists have battled for decades to eliminate cigarettes from “ALL” public places.

Although e-cigarettes are not yet federally regulated as tobacco products, in many cities and some states they are already moving to include the devices in their smoking bans. These bans are starting to raise a big debate as to whether e-cigarettes should be allowed to be used in smoke free workplaces.

The e-cigarettes are little battery powered devices that simulate the effect of smoking by heating nicotine liquid into vapor by which the user then inhales and exhales. These devices are starting to prove themselves as a safer means of smoking. There is no comprehensive scientific research into the health risk of inhaling this vapor.

Since the effects on health are still unknown Michael Wood the senior health consultant for Towers Watson holds on to the belief that we do not know enough about the chemical compounds or what is in the products so with the absence of this information employers should exclude e-cigarettes just as they would traditional cigarettes are any other tobacco in the workplace. He also added he does not think employers have policies on e-cigarette use in the workplace as of yet.

Currently, the Federal Government does not have a specific policy on vaping in the office or public. The Food and Drug Administration is determined to enforce the same regulations to e-cigarettes and any other inhalable nicotine / tobacco products and the Centers of Disease Control and Prevention are starting to take a closer look at the health effects of vaping.

The issue with researching the health effects of e-cigarettes is that there are so many different types in the marketplace today it is hard to do a generalized accurate study.

Tim McAfee the director of the CDC’s office on smoking and health say’s “we just don’t know what’s in them, and we don’t know how much of what’s in them would get out into the environment, but the assumption would be that it would”. Tim goes on to say “woman that are pregnant along with former smokers should limit their exposure, (this also includes the use of nicotine and aerosol vapor e-cigarettes in the workplace)”.

Cigarette producers want to jump on the up-and-coming / new-age-product train including the names that have come down through the times. Phillip Morris USA has taken notice of US sales that exceeded $1-billion by the end of a year and now they are producing their own e-cigarette with the brand name MarkTen.

Now, we are not going to see people vaping in the malls, on the subways, or even in the coffee houses.  But for those out there who think “we are all adults and we need to take back our lives” we must also remember school is still out on the effects of vapor smoke. Can vaping in the workplace stop that must have cigarette break increase productivity? 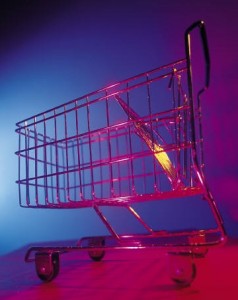 The internet is a natural vendor option for the e-cigarette industry. Online merchants are the great globalizing force in retail, and every year the number of shoppers purchasing e-cigarettes from the comforts of their own home grows. Tapping this expanding pool of customers can lead to exceptional profits for your e-cigarette business. The key to your online e-cigarette shop is the credit card processing. The processing of credit cards is how your business makes money, and website shopping carts are being abandoned at a higher rate than ever before. Here are three tips to reduce shopping cart abandonment for your online e-cigarette shop:

The wonder of the internet is that everything is seemingly one click away. The reality is that most of these ‘one-clicks’ lead away from your website and your shopping carts. One-click shopping is pivotal as online shoppers have notoriously short attention spans and minute quantities of patience. Having a system to remember billing address and payment methods makes less work for shoppers keeping that tiny attention span window open and keeping them buying from the comfortable site they’ve developed a report of easy-buying with.

Online merchants can take orders from all over the world. The globalization of online shopping creates a new dynamic in credit card processing for e-cigarettes: currency exchange. If your customer is purchasing a product from a country with a different primary currency then the likelihood of shopping card abandonment hikes sharpy if your e-cigarette shop cannot provide flexible currency options. Instituting at minimum a currency exchange rate tool and preferably an integrated, multiple-currency payment option will keep customers from abandoning their shopping carts and returning to that one e-cigarette shop that let them pay in their home currency.

Credit card processing for e-cigarettes becomes infinitely more complicated when a language barrier lands between a successful sale for your business and a customer. Customers don’t just want easy processing for their online purchases; they want to be confident that their credit card security isn’t being compromised and when your e-cigarette shop doesn’t offer multiple language payment processing, confusion over the meaning of words like ‘credit’ and ‘debit’ or ‘shipping address’ and ‘billing address’ can shake a customer’s already wilting language confidence, causing them to abandon their shopping cart. Facilitate an international customer base through multiple languages in your credit card processing for your e-cigarette shop.

The internet has revolutionized commercial retail. Each year brings higher projections for the online shopping sector and for products like e-cigarettes, an online vendor has great opportunities for success. Hand-in-hand with being an online vendor is the challenge of keeping your customers from abandoning their purchase before completion. Facilitate the credit card processing process on your e-cigarette shop through facilitating multiple and repeat payment, multiple foreign currencies, and by eliminating language barriers from the payment process.